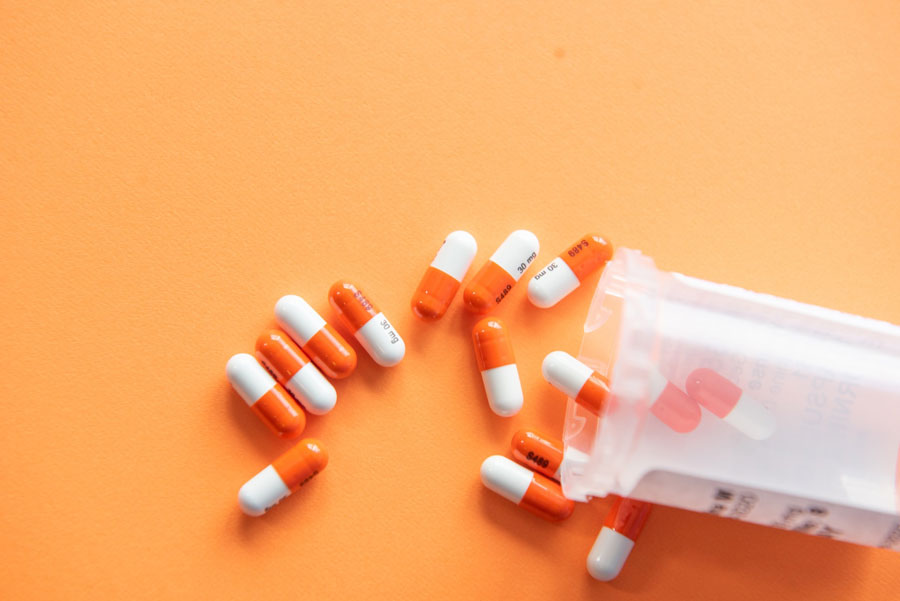 For many people, prescription medications are the only way they can get through the day.  They might take them to manage pain or some other health condition.  Or, they may need medication to keep certain organs functioning properly or to get a good night’s sleep.  While they are important lifelines for millions of people, medications can also have serious side effects that create dangerous situations out on the road.  Were you in a dangerous situation where you ended up getting hurt because of a driver under the influence of a prescription medication?  If you were, then you should contact an attorney at Henderson Law right away to help you get the compensation that you deserve.

If you’ve ever had to take a prescription medication, there is a good chance that you felt some sort of side effect.  In many cases, those side effects are harmless, such as an upset stomach. However, there are many that could be dangerous if a person driving is experiencing them. Some of the most common include:

How Side Effects Can Vary

The side effects that someone might experience from their prescription medicine can change depending on certain factors.  For instance, a medication may have worse side effects if it interacts with another medication or herbal supplement.  This means that the patient could get very ill or have side effects with increased intensity.

Those who take medications for a long time and then stop and start again, may find that it has a greater effect on them.  This is because they’ve lost some of the tolerance they’d built up when they were taking the medication previously.

If a driver has taken other substances that might interact, then it could be dangerous.  This includes alcohol, which tends to intensify the effects of prescription medication when ingested together.  These effects may also continue long after the alcohol has left the body.  This is why drivers need to be very careful about getting behind the wheel if they’ve ingested something that might react poorly with their medication.

How the Law Treats Prescription Medications

Under the law, a driver is not necessarily entitled to drive while taking prescription medications simply because a doctor prescribed them.  In fact, they may face criminal charges if they take a prescription drug that can cause impairment and get behind the wheel.  No matter what kind of drug a driver takes, whether it’s legal or illegal, if it impairs their ability to be on the roads safely, then they can be held responsible for any accidents that they cause.

Any patient should check with their doctor and with the pharmacist if they are unsure if it is safe to operate a motor vehicle while taking their medication.  In some cases, it might only be a wait of 48 hours for the body to acclimate itself, and in others they may not be able to drive for the entire time they are taking the medication.  If it is unclear, then the driver must take responsibility to identify whether a prescription drug can cause them to be sufficiently impaired to be a danger on the road.

Generally, there is no set law on how much medication a driver is allowed to take to stay legally under the limit.  Prescription medications can affect everyone differently, so there is no way to enforce such a law.  Because of this, the law focuses on the side effects of medications in general, and puts the onus on the driver to ensure that they are being safe.

Will a Driver’s Prescription Medication Use Affect Your Claim?

If a driver is deemed to have operated a motor vehicle while under the influence of their prescription drugs, then they could face criminal DUI charges.  Law enforcement may choose whether or not to pursue that avenue. They will probably ask the driver for a statement to give his or her side of the story, and then make a determination.

However, even if law enforcement does not pursue charges, an injury victim can still get compensation and find some justice through a civil suit against the impaired driver.  If you witnessed a negligent driver exhibiting dangerous behaviors, such as swerving, running red lights and stop signs, or driving dangerously, then you can make those facts part of your claim. Your attorney can also request any medical records that might be valuable and relevant to your case.

Whether the driver was impaired at the time of the accident will most likely not affect how much money you can seek in a civil suit.  The criminal justice system will decide whether or not they will be punished in that system.  The factors that will affect your claim will be related to how much you have suffered, both financially and physically.

For example, you may be entitled to get your medical expenses paid for. You can also get compensation for your pain and suffering over an extended period of time. Your family and employment situations, overall health, and income may play a part, as will how much damage your vehicle has suffered.

There are times when the courts will decide that a driver’s actions were so bad that they will impose punitive damages to make up for it.  While driving under the influence of prescription drugs could be considered dangerous and reckless, it often does not rise to the level of punitive damages. This is because many people take medications on a regular basis and may not have a full understanding of how they will be affected.

This does not mean that their lack of understanding will decrease their financial liability.  It might affect the severity of the charges they face, however.  Their insurance company may do whatever it can to lessen their client’s liability, but using prescription medications and driving will make this more difficult.  If you have serious injuries, then you should hire an experienced attorney to help deal with the other driver’s insurance company.  An attorney will provide your best chance at getting the compensation you deserve.

It is almost always a challenge finding fault when it comes to a car accident. There are many confounding and complicating factors, and drug use is one of the biggest.  An attorney can help investigate all of the events leading up to the accident to determine what may have actually caused the accident.  It may be that even though the other driver was under the influence, you may be at least partially at fault because of your actions.  Everyone must follow the law, irrespective of whether they are under the influence of drugs. The other driver may only be found at fault due to prescription medication if it can be shown that the side effects were what caused the accident, and not some other factor, such as your own actions or third party’s actions.

A lot of people try to avoid hiring an attorney and take on insurance claims without any help.  In many of those cases, they end up consulting with a lawyer in the end because they have not gotten the results they feel they are entitled to up to that point.  If you want your claim to be successful, then it’s important to contact an attorney right at the beginning of the process to help you through every step.

An experienced lawyer has a vast knowledge of the law and how fault is determined in car accidents.  When insurance companies claim that their insured driver is not at fault, an attorney will be able to provide a strong rebuttal based on experience, case law, and investigation that non-lawyers may not be able to.  They will help prove the liability of the other driver, and thereby get you a better chance of prevailing at trial.

An attorney will also be able to move the process along quickly.  Legal documents are complicated, and they will help you with those forms. On top of that, insurance companies may try to delay settlements and payouts.  A lawyer who understands the process and the law will be able to get you any funds within a shorter timeframe by standing up to them.  With their experience, they can also provide you with guidance on accepting or not accepting settlement offers.  If one is too low, they will tell you.  Many victims have taken low-ball offers they thought were acceptable, when in fact they left a lot of money on the table.

Insurance companies will try any trick in the book to discredit your claim.  This could include looking at your social media posts and monitoring your daily activities to find inconsistencies with your story.  An attorney will help you address any arguments that are based on the content of your social media.

The fact is, anything you say to the insurance company could inadvertently cause a problem in your case.  An attorney will communicate with the insurance company for you and make sure that your is not misconstrued or misunderstood.  Hiring an attorney means having the full brunt of the law and experience on your side, and making everything move faster and more smoothly.

Have You Been Injured In an Accident Caused by a Driver Under the Influence of Prescription Medications?

If you’ve been the unfortunate victim of a driver under the influence of prescription medication, then you deserve compensation.  Contact Henderson Law at (410) 721-1979 to speak with one of our experienced and knowledgeable car accident attorneys right away to protect your rights and help you get the best result possible out of your case.